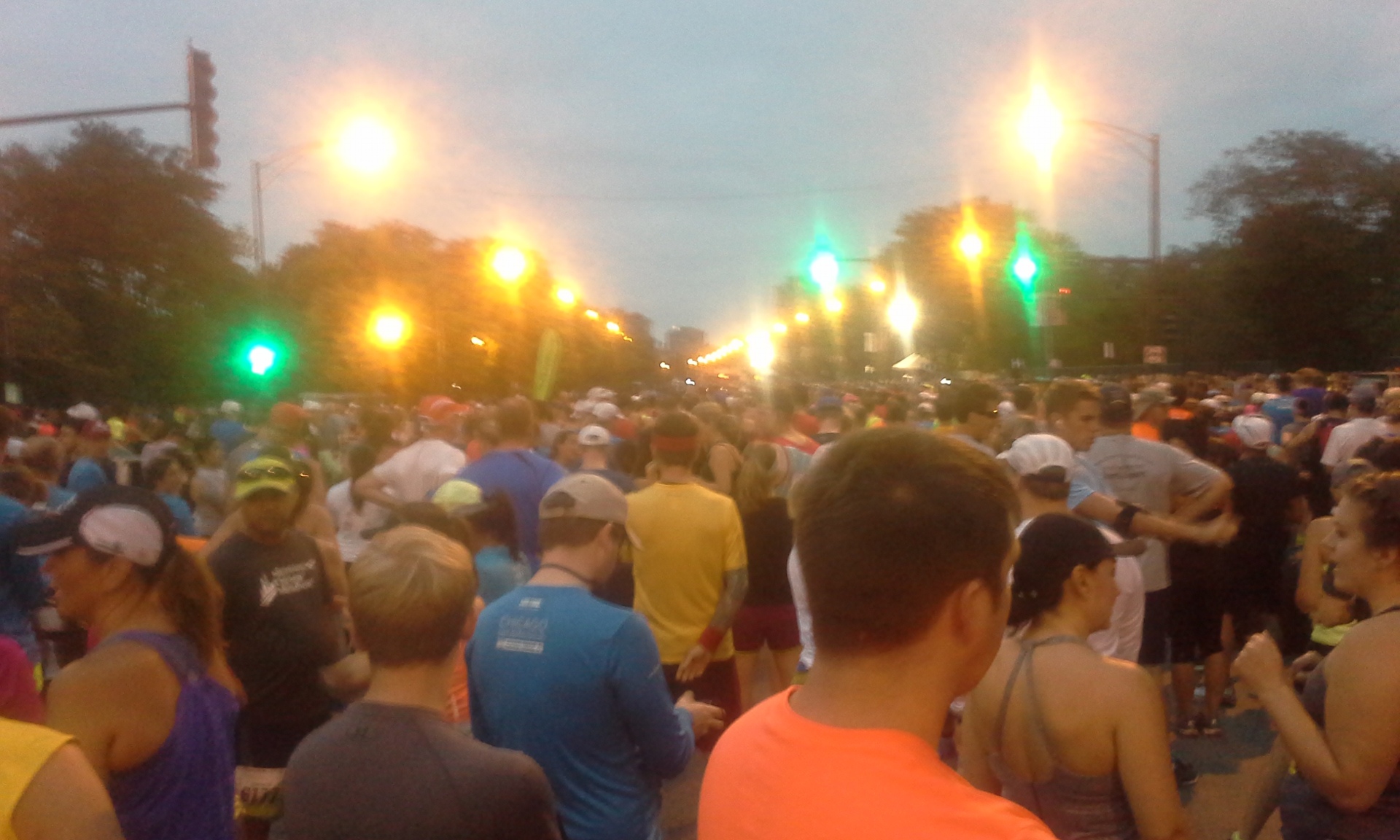 Ran my fourth and last half marathon of the year at the Chicago Half Marathon. Really enjoyed this half and had a great run with a PR.

I registered for this race pretty early in the year at the Shamrock Shuffle expo for $82 and also got a bonus tech running vest.

Bought some Clif Shot Bloks at the expo. And also discovered how good Cabot Alpine Cheddar cheese is.

The half marathon had 8,193 finishers and more runners with the 5k. This course was the only race I’ve done where both the north and south directions of Lake Shore Drive were shut down for the race.
Some of the other races had partial routes along LSD, but generally there were still cars on the road. It was neat to see the elites come back down heading south on the other side as we were running up along the north side. There was really great energy also from all the spectators, especially whatever group was standing around the 11ish mile mark with noise makers and jumping around.

Had some Connie’s pizza and beer before going out for a big post-PR brunch.

Such a nice race on LSD. Looking forward to hopefully running again next fall.