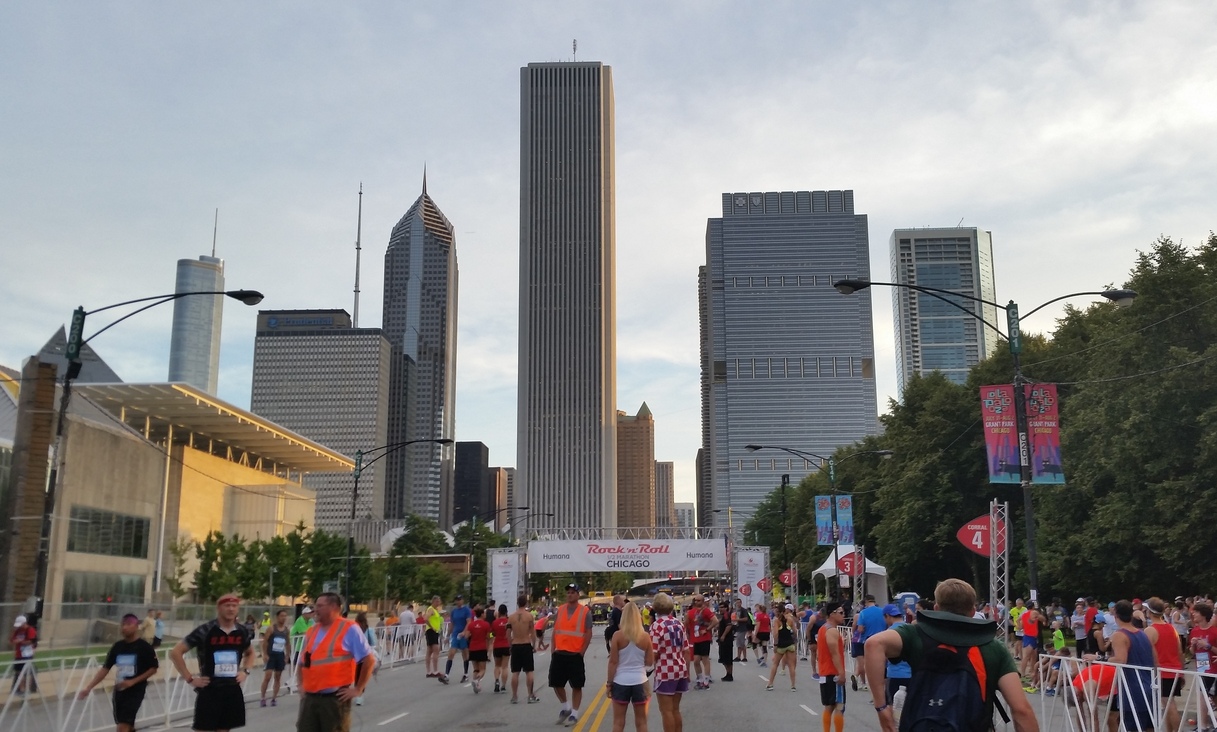 Ran the Rock ‘n’ Roll Chicago half marathon, my second half marathon race and fourth time running this distance. Really hot and uncomfortable race and disappoining event overall, to be honest.

I did another 12 week Nike+ Running coach training program to get ready for this race, although resigned in advance to probably have to take it easy given the heat of July. I was not as consistent with my training as I was the first time around- primarily because I had an 8 day work trip to Europe that I was super busy preparing / traveling for in the middle of the program and then when I could finally relax afer I returned I promptly got sick. :( I ended up basically skipping long runs three weeks in a row, with only sparse runs between.

Some why-did-i-do-that’s with this race-

The expo at least was pretty nice for this race. I pigged out on free samples of protein bars and energy bars and Sargento cheese sticks (awesome). Also, the Brooks Run Happy Island was neat. I randomly won a certificate for a free pair of Brooks shoes! Basically made the super expensive race registration ($93 after a $15 discount) worth it. I’d been needing to replace my Adrenalines (which now have just hit 500 miles).

I was assigned to the 24th corral of maybe 35 corrals for 12,025 (finishing) runners, 7,171 of whom were women (60%). Was a pretty big race. It didn’t ever get crowded for me (despite the poor zookeeping of the corrals), but there were lots of other problems/issues.

If you can’t tell by now, I think this race SUCKED.

Anyway, compared to the other runners, I was

After the race, the signage was really poor, and I didn’t even understand where to go for the post-race party. There was Gatorade and water bottles and small ice-cold wet towels, which was nice. Would have been much better to have some real food besides bananas/bagels. For almost $100 regisration, I want some pizza or something and also real (non-Michelob Ultra) beer. Sat in too much sun while finishing my two beers (they were handing out so many beer tickets, might as well go for quantity) and complaining about how crappy the race was before heading home to air conditioning.